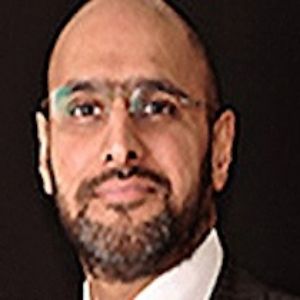 Mr Ghufoor was appointed to the Consultant Staff of St. Bartholomew's and the Royal London Hospitals in 2002, and as Honorary Senior Lecturer at Queen Mary Westfield Medical College and at The Royal National Throat, Nose & Ear Hospital in 2006. His principal interest lies in Head and Neck Cancer Surgery but he continues to maintain a general adult and paediatric ENT practice. He is currently Lead Clinician and Head of the ENT, Head & Neck Surgery Department at St. Bartholomew's Hospital: he is also the ENT Training Programme Director for North Thames in the London Deanery, as well as a Clinical Tutor at The Royal College of Surgeons of England.

Mr Ghufoor specialises in throat problems, sleep apnoea and snoring, voice disorders and in tumours of the pharynx, larynx, thyroid and salivary glands. He is part of the multidisciplinary team at the Head and Neck Unit, St. Bartholomew's Hospital. Conventional surgical techniques for tumours are supplemented by the endoscopic transoral laser technique, in which the carbon dioxide laser is used to extirpate cancers and a variety of other pathologies without needing to incise the neck.

He has recently set up a specialised multidisciplinary team and service to deal with both professional voice and swallowing disorders, with state of the art diagnostics and treatment for the benefit of private patients.