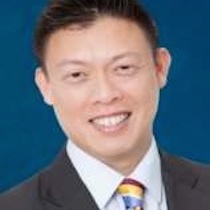 He has trained in various NHS teaching hospitals within the UK. As a junior doctor, SHO postings include the Oxford John Radcliffe, Hammersmith, Northwick Park and Central Middlesex Hospitals.

He was an honorary SEM clinical research fellow at the Olympic Medical Institute (OMI) and University of Southampton in 2004-2005. During this time, he was privileged to work with the GH-2004 research group, led by Professors Peter Sonksen and Richard Holt, and Dr Richard Budgett at the OMI to determine levels of endogenous hGH-markers in injured athletes. This culminated in a Master's degree with distinction from University College London.

He is listed on the General Medical Council's specialist register and is a Fellow of the UK Faculty of Sport & Exercise Medicine, RCPL & RCSEd. He is doubly qualified as a specialist (FFSEM) and generalist (MRCGP).

Rick works as a SEM consultant at Pure Sports Medicine in London. He is part of their multidisciplinary Hand, Elbow & Wrist (H.E.W) Rehabilitation Unit and benefits from the experience of international tendon specialist Prof Hakan Alfredson. He is also a consultant sports physician at the English Institute of Sport (EIS), treating GB athletes at their elite multi-sport clinics in University College Hospital centrally and Lee Valley Athletics Centre in east London. He is an honorary physician at University College London Hospitals NHS Foundation Trust.

Rick worked as a sports medicine doctor at both London 2012 Olympic & Paralympic Games. He was also part of the medical team for the Olympic test events of rowing, canoe sprints and volleyball. He is an honorary physician for the British Association of Performing Arts Medicine (BAPAM). He is the EIS team physician for GB Fencing.

He was a member of the Wembley National Stadium event medical team from 2007-2009. Rick has previously worked with Chelsea FC Academy (2009-2010) and as a medical officer at the 2010 World Wheelchair Basketball Championships, 2010 UK School Games, 2009 Special Olympics, England Athletics age-group championships, London Marathon, London Triathlon, Blenheim Triathlon and more recently, the Abu Dhabi International Triathlon. He was an expedition medical officer on a month-long expedition to the Sinai Peninsula, Egypt in 2001.

Rick has an interest in medical education and is an accredited member of the Academy of Medical Educators (MAcadMEd). He was recipient of the 2009 UKADIS Malcolm Read Scholarship Award. He previously organised the London Deanery School of SEM's inaugural and 2nd annual SEM Educational Conferences. From 2005-2007, Rick worked with GP Forum to lead on educational seminars in London for general practitioners travelling from across the country.

Rick is a tutor for the British Institute of Musculoskeletal Medicine and the inaugural registrar representative on FSEM(UK) council (2008-2011). He is an examiner for the DSEM(UK&I) faculty diploma examination and medical student examinations at Barts & The London Medical School, Queen Mary University of London.

{{ location.consultation_type.trans_name }}
Do you need to BOOK NOW?
Here are some more specialists in or GPs available online
Would you like to book online with Dr Richard C.L. Seah?
This practitioner is not available on MeditSimple.
Would you like to invite him?
Yes, I would
Thanks! We have taken your suggestion into consideration.
Are you Richard C.L. Seah ?
More than 80% of patients trust Google when they want to find a practitioner.
Would you like to look good on the web?
Claim your profile
We use cookies to offer you the smartest service. If you are happy with our Privacy and Cookies policy, you may continue using the website.
For more features, please go to billing & plans.
For more features, go to billing & plans.