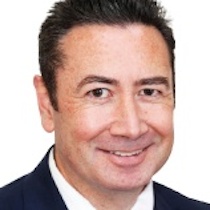 In 2004, Tev introduced HoLEP at CUH where it rapidly became, and remains, the treatment of choice for the majority men seeking a surgical treatment for urinary symptoms or retention. CUH was one of the first centres in the UK to offer HoLEP.

Tev is the most experienced HoLEP surgeon in the UK, and has performed more than 1,200 procedures. He is frequently invited to lecture on HoLEP in the UK and abroad and has convened 10 annual HoLEP courses at CUH, where hundreds of delegates have learned how to perform HoLEP. He has demonstrated live laser prostate surgery (including the world's first thulium laser enucleation of the prostate) on more than 25 occasions at conferences throughout the world. He also has experience with other forms of benign prostate surgery including laser vaporisation and the minimally invasive urolift procedure. This means he is able to offer a truly bespoke approach for men with bothersome urinary symptoms or urinary retention

Tev is committed to surgical training and was the founding President of the UK Holmium User Group (HUG). He designed and implemented the national HUG Training Programme for HoLEP (a model which is now used internationally), and has mentored many surgeons in HoLEP. He was the Urology Training Programme Director in the East of England for 5 years until 2014 and is now on the Urology Specialist Advisory Committee which is responsible for urological training in the UK.

Tev has been involved in HoLEP research from its earliest days, and has published and presented widely on the subject.

His other specialist interest is the surgical treatment of kidney cancer, and he is one of the highest volume kidney surgeons in the UK, offering laparoscopic and open kidney surgery. He also performs laparoscopic pyeloplasty for PUJ obstruction.

Outside of urology Tev's interests include singing, playing the cornet and trumpet, military history, wine and whisky, and supporting the All Blacks rugby team.