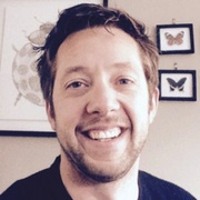 Having first studied Psychology and Nutrition, then Applied Nutrition and Dietetics at the University of Wales Institute Cardiff, he later completed his PGDip in Behavioural and Cognitive Psychotherapy at Royal Holloway University, London.

Thomas is a registered dietitian with the Health Professional’s Council, the gold standard for nutrition and clinical nutritional advice, as well as the British Dietetics Association (BDA) and the London Eating Disorders Dietitian’s Group. He is also registered as a Behavioural and Cognitive Psychotherapist with the British Association of Behavioural and Cognitive Psychotherapists (BABCP), the gold standard in the psychological treatment of CBT.

He has worked as a dietitian in a wide variety of areas in medicine as well as a psychotherapist in most areas of mental health.

Thomas is accredited In Dialectical Behavioural Therapy (DBT) as well as having additional training as a Compassion Focused Therapy practitioner (CFT). The former is a mindfulness based therapy originally aimed at treating personality disorders and impulsive behaviours. The latter being a therapeutic and lifestyle model particularly helpful in treating disorders with high levels of shame and managing ones internal critic.